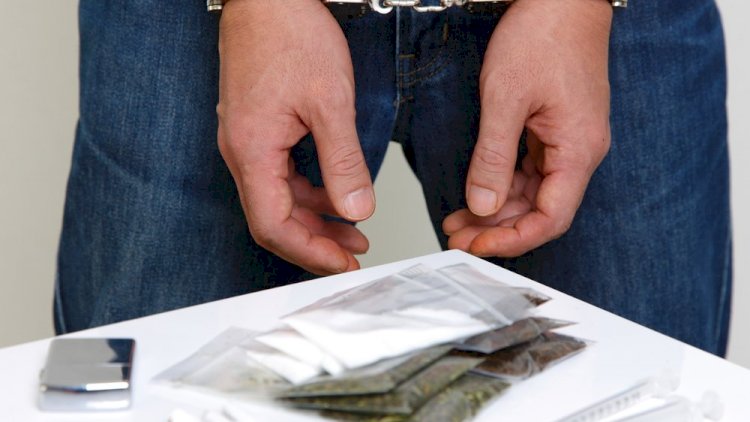 India's Narcotics Control Bureau (NCB) has expanded its efforts in the fights against dark web-supported drugs trade. In the latest events, the arrest of the country’s darknet drugs pioneer was followed by the apprehension of three more operatives, including the director of a pharmaceutical company, who were busted in Nagpur.

The raid led to the seizure of several psychotropic drugs and tablets that are considered banned under international law. The accused persons have since been identified as 33-year-old S Makade, 28-year-old T Patel, and 33-year-old BK Chauhan. Point to note, the NCB had initially made the first arrest in February 2, which followed the recent fresh arrests that helped law enforcement agents to establish a trail of alleged illicit networks and operations.

Sometime in the first week of February, the NCB made a significant achievement by arresting 21-year-old Dipu Singh, the son of a retired army officer who is said to have engaged in the shipping of hundreds of illicit drug parcels in the guise of sexual health medicines. The suspect, arrested by detectives from the Delhi zonal unit of the NCB, was considered to be a major stakeholder within darknet spaces.

Singh’s drug listings were found to be anchored in one of the largest and popular dark web platforms like Empire Market. Reportedly, Singh started out by distributing medicines related to men’s sexual health and general fitness before venturing into the shipping of psychotropic drugs. From the beginning, it is said that the accused moved substances across various destinations using services of the hidden web. Quite obviously, the shift from trading in regular medicines to narcotics was inspired by the high profit margins that Singh expected with the illegal trade.

Law enforcement officers learned that Singh, a Bachelor in Hotel Management graduate, had acquired master skills at disguising his identity whenever he made any shipments. In addition to the 12, 000 tablets seized during his arrest, detectives confirmed that the suspect had been the mastermind of scores of drug consignments that were secretively distributed across various international destinations via the dark web. Importantly, it was until Singh’s arrest that NCB agents were able to establish a trail of his contacts and activities.

According to NCB’s Deputy Director-General Rajesh Srivastava, Singh exposed the contacts he used to ship parcels to the USA and UK – these individuals were stationed in India and helped him run a successful operation under the radar of law enforcement agencies. A subsequent forensic study that depended on Singh’s interrogation led detectives into the trail of Makade, Patel and Chauhan.

An official working on the case said that Patel revealed information about his ties to Makade and Chauhan – that the company was primary involved in the distribution of erectile dysfunction medicines until they began receiving consistent orders Tramadol (a controlled drug) from the UK and USA.

The investigation learnt that Makade had important networkd in Singapore, including a fully registered company that operated till 2019. The trio exploited their connections in Singapore to organize the delivery of psychotropic drugs from Singapore to the UK and USA.

Singh, the already-arrested Indian darknet pioneer, is said to have been responsible for placing orders for international destinations to Patel via WhatsApp. On bthe other hand, Patel coordinated with his colleagues in ensuring that the orders would be transmitted to their contact in Singapore. In the end, payments would be placed by Singh through Patel who run regular bank accounts. In principle, after the execution of orders, Makade’s company was instrumental in the transfer of monies to the Singapore contact in the form of Bitcoin and traditional forms of money transfer.

Currently, the case is still under investigation where detectives are trying to establish a clear financial trail that has lifted the lid on an unprecedented perspective into the Indian drug crime.