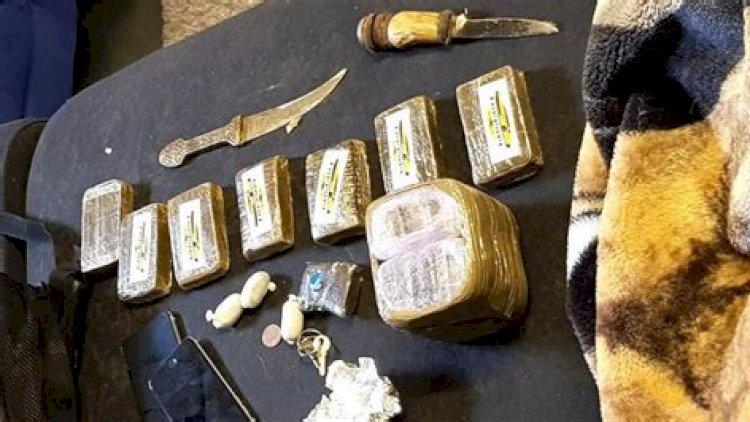 German law enforcement have dismantled a group of persons alleged to be involved in the buying and selling of illicit drugs through the dark web.

Reportedly, the Bavarian State Criminal Police Office apprehended the suspects through a well-coordinated operation that was executed in partnership with the Criminal Police Station (KPS) Garmisch Partenkirchen.

The authorities arrested four people in total, following law enforcement discovery that the suspects had a drug trafficking operation linked to the dark web from their residence.

One of the suspects is a 27-year-old man from the German district of Rosenheim who was placed in custody since April 13. The suspect has been under investigation by the public prosecutor and the police because the authorities believe that he received a consignment of amphetamine via mail.

The criminal investigation department of the Rosenheim district had initially suspected that the man may have bought the banned substance from the dark web. The department’s specialist commissioner went ahead to seek a judicial order to capture a mail that was posted to the suspect.

According to German language a press release, drug investigators opened the package on April 12 to discover the drug shipment identified to be 1kg of amphetamine.The investigators confirmed that the consignment was addressed to the 27-year-old after it was revealed that the suspect had previously appeared in court over drug-related charges.

In addition to the seized amphetamine, the police seized about 20,000 euros in cash and an unspecified number of gold and silver bars.

Law enforcement searched his home to pick out more evidence on his involvement in drug dealing. Following a request made to the Traunstein public prosecutor’s office, the suspect was brought before a judge and sent to a correctional facility.

Otherwise, German law enforcement had launched the drug-busting operation as early as February – the police intercepted a package containing 10 kilograms of amphetamine that had been addressed to one of the four suspects, a 35-year-old, in the case.

Following discovery of the package, investigators used a controlled delivery scheme to identify the location of their home in Bavaria. Once the officers delivered the shipment, they began monitoring the suspect’s movements to establish the identities of his other accomplices in the drug dealing operation.

At this stage, the investigators managed to get a hold of the other three suspects: two German nationals aged 24 and 30, and a 27-year-old Greek citizen.

In January, German law enforcement agencies in the cities of Koblenz and Oldenburg celebrate a notable milestone in the fight against organized international darknet crime – they had dismantled DarkMarket, the largest dark web marketplace at the time, and apprehended its operator at the German-Danish border.

The detained man was a 34-year-old Australian citizen who was believed to have operated the illicit darknet site that specialized in the sale of drugs, fake currency, stolen personal data, anonymous SIM cards and cybercriminal tools.

By the time DarkMarket was dismantled, it was reported that the website had grown to accommodate half a million users, with illicit business being conducted on a daily basis as evidenced by the $170 million worth of digital currency that was transacted in its lifetime.

The investigation that led into the darknet shutdown began as early as 2019 when Koblenz authorities discovered dark web servers that were installed in a former NATO military bunker.

At the time of shutdown, it was revealed that DarkMarket hosted more than 2,400 vendors who carried out an excess of 320,000 transactions.