Brief Analysis of the Most Popular Cryptocurrencies in the Dark Web

While cryptocurrencies are widely used for legitimate reasons, digital…
Discuss on Forum 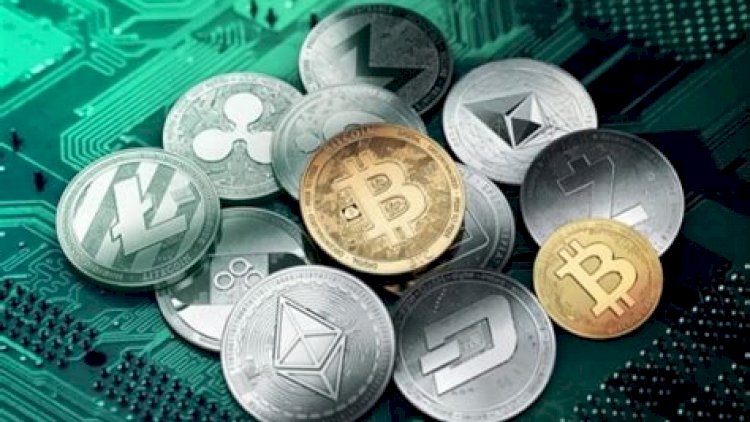 While cryptocurrencies are widely used for legitimate reasons, digital assets have become the center of criminal activities occurring via darknet avenues including various other surface web-related platforms dealing in cybercriminal products.

The decentralization aspect of cryptocurrencies is what has made them attractive to stakeholders looking to conduct financial transactions without governmental supervision or interference. Darknet market users have been looking to exploiting cryptocurrencies to access goods and services without risking law enforcement contact.

In the past few years, we have witnessed the emergence of cryptocurrencies looking to rival Bitcoin – the pioneer virtual coin – in terms of adoption and trading volumes.

While responding to the many anonymity and privacy shortfalls that characterize popular cryptocurrencies, the darknet industry has witnessed emergence of the alternative coins with privacy-enhancing features meant to meet darknet user demands.

According to a tweet posted by the anonymous Tor researcher dark.fail, the most popular cryptocurrencies used on darknet markets today include Bitcoin, Zcash, Monero and Litecoin.

A tweet published by dark.fail about the most popular cryptocurrencies in use across the darknet (Source: Twitter).

In this article, we shall restrict ourselves to the Top 3 digital currencies according to August 2020 figures (See the chart below) –reflecting on their performance histories, darknet integration and expected futures.

A chart showing the market share of cryptocurrencies in the darknet markets (Source: The Block Research).

Apart from latest estimates showing Bitcoin’s dominance, a 2019 Europol report titled Internet Organized Crime Threat Assessment Report asserted that Bitcoin was still a favorite across the dark web space, with the virtual asset standing to be the hidden web’s most consistent crypto in market share.

According to the researchers, Bitcoin’s prevalence is the result of a longstanding familiarity with Bitcoin features among the darknet market users looking to trade anonymously and safely. The lack of sufficient information about alternative assets how they compare to the Bitcoin cryptocurrency has enabled the crypto pioneer to remain relevant to date.

In particular, experts have demonstrated that a majority of darknet-enabled ransomware campaigns have continued to anchor their activities to Bitcoin on an exclusive bases. Ransomware happens to be one of the most profitable ventures taking place across the dark web.

The above premise is seen through the numerous media reports featuring countless ransomware attacks that have asked victims to produce Bitcoin in exchange for restoration of their seized data.

Nonetheless, the report acknowledged the fact that a significant number of darknet market users have started seeking alternative privacy-focused cryptocurrencies that seem to have a competitive advantage over the pioneer of the crypto finance.

For instance, apart from the fact that both Darkbay and Cannazon Markets have Bitcoin integration, the two sites have also provided support for Monero and Litecoin transactions.

The pro-Monero darknet markets seem to be all headed for a golden age. In particular, the Monero-oriented White House Market has gained significant traction since it was established as a platform seeking to provide an ultra-secure trading environment for its users.

Practically, White House Market does not support Javascript, maintains a permanent PGP framework, and has integrated only Monero as the standard of payment for goods and services exchanged between its darknet users – some dark web analysts have branded it the most private darknet market.

Looking forward, the market may be on its way to top the charts of top tier darknet marketplaces in existence. After Empire, the world’s largest dark web marketplace, pulled an exit scam on its users, researchers have been quick to predict where the darknet community’s winds are expected to blow.

An expert analysis of several user posts on forums, including Dread and TheHub, have demonstrated a consensus that former Empire users are looking to move their operations and communications to White House, Icarus, and Versus Markets, as well as Monopoly Market.

Point to note, while Monopoly may still be operating at the lower leagues in terms of trade volumes, the fact that it accepts only Monero is a clear indication of the privacy coin’s potential, which accounts for 45% of all crypto market share in the darknet markets according to recent figures.

Nonetheless, moving forward, the latest news that U.S. law enforcement and crypto intelligence firm CipherTrace have developed toolsets for Monero tracing may prove problematic as far as its darknet popularity us concerned.

Today, Litecoin controls 29 percent of vendor acceptance across the darknet markets in existence, bringing it to third place in the list of the most popular cryptocurrencies in these marketplaces.

Looking back, Litecoin happens to be the second oldest cryptocurrency behind Bitcoin. Launched in 2011, the virtual currency was introduced to rival Bitcoin, which needed improvements to adapt to changing market circumstances.

A 2016 report by Recorded Future noted that a host of darknet users in underground forums had expressed dissatisfaction with Bitcoin as a method of payment for goods and services. The researchers conducted an extensive study to find out the most preferred candidate to beat the Bitcoin craze, and findings showed that Litecoin had emerged as the next dominant darknet cryptocurrency.