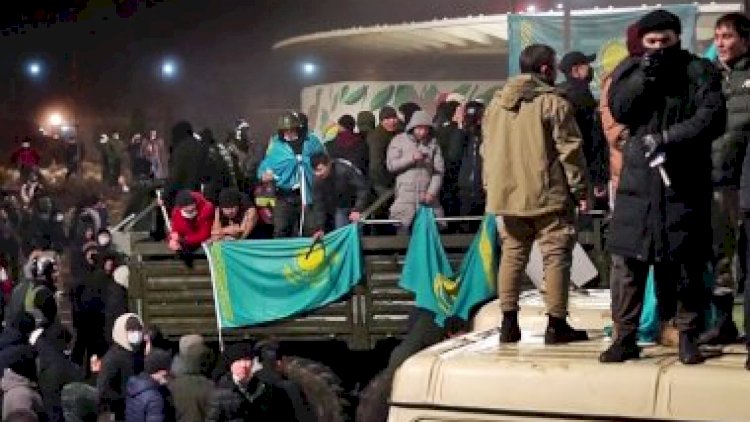 The Bitcoin price plummeted to a new low that represented the lowest point the cryptocurrency had reached since September 2021, with other cryptocurrencies following suit in a price event that has taken the entire crypto world by storm.

The latest action comes hot in the heels of notable global events most notably being the internet blackout in Kazakhstan that’s credited to be the second-biggest country for Bitcoin mining – the blackouts stemmed from anti-government protests over unfavorable energy prices.

As such, the world’s largest crypto by market value lost a staggering 8 percent off its scales and went further than the $41,000 mark as crypto investors went into a digital currency selling frenzy.

Crypto experts reflected on the sharp price decline that occurred during U.S. trading hours and noted that Ether (which ranks second to Bitcoin) fell by 9 percent to the lowest figure since September last year.

Further statistics point to a price plummet in across other tokens such as Binance Coin, Solana, Cardano and XRP that dropped by more than 10 percent over the last one week.

What Caused the Crash?

It goes without saying that every crypto price event can be tied to specific factors that stem from either investor action or government interference. This adds to cryptos’ high volatility that continue to serve as a point of leverage from people looking to rake in top dollar by timing their investments.

It turns out that the latest event has been blamed on the ongoing political unrest in Kazakhstan – a country that hosts a significantly high number of crypto mining operations that became bitcoin refugees from China following the country’s crackdown on mining activities that had strained the Asian nation’s power supplies.

The cybersecurity watchdog Netblocks observed that the internet blackout in Kazakhstan affected the entire country, a factor that resulted in investor panic across the Bitcoin ecosystem (See below).

Aside from what’s happening in Kazakhstan, U.S. government plans to enforce tighter regulations on cryptocurrencies added to the Bitcoin price problem.

As reported by Bloomberg, the price crash came minutes after the U.S. Federal Reserve announced the chance of earlier-than-expected interest rate hikes including a potential balance-sheet rundown.