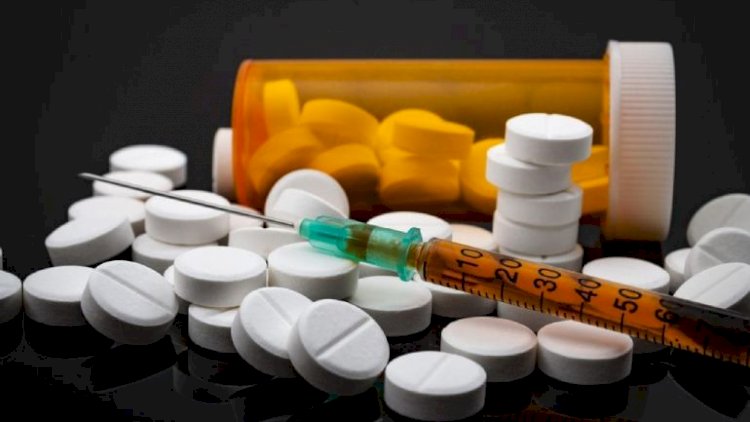 A Birmingham bodybuilder has been accused of establishing an illicit business to sell steroids to colleague body building enthusiasts through the dark web – the man used the same means to import potentially dangerous weight loss drugs.

35-year-old Mantas Kaupas from Woeley Castle is said to have previously admitted to charges concerning the contravention of Food and Hygiene regulations. The suspect engaged in the production, supply of steroids.

Sourced Ingredients from the Dark Web

Sometime towards the end of 2018, authorities intercepted a suspicious package at Stansted Airport. The parcel had been addressed to the defendant and on searching, law enforcement discovered a kilo of the body builders’ weight loss drug called DNP.

It is reported that the police acted upon their finding by searching Kaupas’s residence on February 21, 2019 – an operation that led law enforcement to discover a large consignment of drugs, including 111 ten milliliter bottles of a liquid substance identified to be steroids and 1,185 tablets.

During the prosecution process by Birmingham Crown Court, Judge Paul Farrer QC noted that the “keen body builder” started out by using steroids before establishing an illegal operation to manufacture the drugs.

The court learnt that that Kaupas managed to find customers to sustain his business through regular purchases – the man ran his operation between February 2018 and February 2019, he bought, manufactured and sold anabolic steroids.

Authorities intimated that Kaupas’s operation was a huge success due to the large amounts of steroids that the man produced over the lifetime of his business. In highlight, it is reported that the defendant depended on the dark web to obtain the raw ingredients needed to produce the drugs.

Drug Business Was Difficult to Value

The judge presiding over the case acknowledged the obscurity of Kaupas’s business as law enforcement found it difficult to value the operation – although retrieved communication details indicated that the business served 23 customers.

Nonetheless, the authorities found that one customer had bought five packages of steroids for £970. Judge Farrer estimated that the defendant had achieved about £9,000 in profits or less, considering the fact that anabolic steroids demand a high cost of production.

The judge went on to clarify on Kaupas’s charges by spelling out the fact that DNP stands as a legal substance permissible for human use – but its combination with steroids is known to be severely harmful to health.

Pursuit to the charges levelled against the suspect, the court handed him an 8-month prison sentence, and an 18-month suspension. Kaupas was also required to do three handed hours of unpaid work as part of his sentence.

Study: Many Bodybuilders Are in the Illicit Steroid Sale

In the year 2017, a bodybuilder died after consuming steroids believed to have been sourced from the dark web. Investigators examined a toxicology report that indicated the presence of high levels of morphine and anti-anxiety drugs in his body system.

A year before that, a study published in the International Journal of Drug Policy focused on the criminal angle to the consumption of performance and image enhancing substances that have become far too common within body building circles.

According to the research, a surprisingly high number of body builders have been found to engage in the illicit sale of steroids – usually done to finance their own consumption needs of the drugs to sustain their status within the weightlifting community.

The study was conducted by a contingent of experts at the Birmingham City University to analyze criminal cases and interview people involved in the buying and selling of performance enhancing drugs.

In addition, contrary to the widespread law enforcement claim that the drugs are sold by organized criminal rings, the researchers found that a majority of the sales were controlled by bodybuilding subcultures.