A Five-Year Analysis of the Darknet 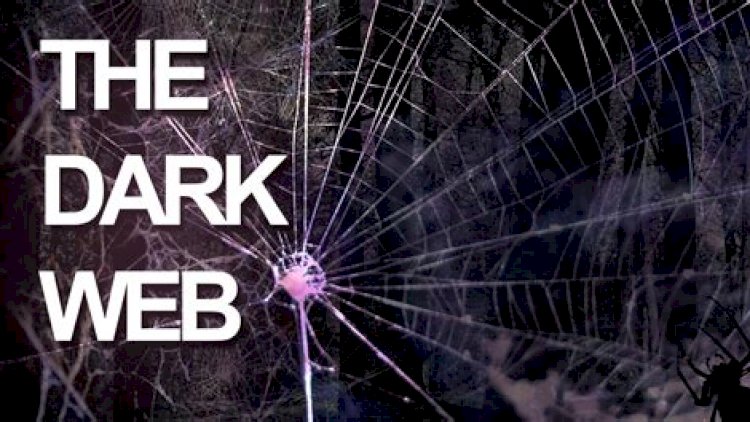 The dark web has played host to a large community of users selling illegal goods and cybercriminal services for years.

The past five years has seen the paradigm shift in the manner in which darknet markets operate, with the evolution of these sites to adapt to changing buyer need, supply chain factors and emerging technologies.

Looking back, Silk Road was launched in the year 2011 at the first dark web marketplace. The years that followed were marked with steady growth that has since expanded. Tor, which happens to be one of the most popular anonymity tools used by darknet market users, was found to host roughly 80,000 platforms, according to a 2015 report.

Experts estimate that the dark web economy garners more than $1 trillion in annual revenues, a staggering figure that surpasses the Gross Domestic Product of several countries of the world.

Indeed, this success can be attributed to the fact that dark web marketplaces have continued to evolve and shift according to metamorphoses of the global threat landscape. The past five years have been marked by significant shifts to emergent platforms, communication channels and products, as darknet user paranoia continues to grow across the board.

In 2019 alone, analysts noted that the emergence of radical changes in the public sphere had a profound effect in the dark web underworld where fake news and propaganda services grew tremendously.

In addition, the channels of darknet communication were subjected to significant changes, along with shift in the manner in which dark web markets and forums were managed.

Cybercriminals have since been forced to adjust to the rapidly eroding trust among darknet communities through application of new avenues of communication such as Discord and e-commerce site Shoppy.gg.

The same reason influenced creation of the new site Darknet Trust that was designed to solve this problem. The platform serves to verify cybercriminal vendors’ reputation by analyzing their digital fingerprints and usernames.

In addition, the dark web markets’ adaptation to the dwindling user trust has seen the integration of new security features by site admins. They include the adoption of “walletless” platforms, multisignatures on Bitcoin and Monero transactions, and the occurrence of no-Javascript policies.

In the context of user paranoia about law enforcement operations, a host of darknet forum users have also given suggestions for the involvement of blockchain technology to be used on hosting decentralized ecommerce sites – since such a development would reduce the markets’ susceptibility to police surveillance and seizures.

In highlight, like traditional markets, the dark web economy has shown the rapid response of commodities and prices to factors occurring in the public sphere. The latest example can be drawn for the currently-raging coronavirus pandemic that has inspired many underground vendors to orchestrate social engineering scams that center around COVID-19.

In the same breath, the price of darknet products and services have become increasingly commoditized: if a buyer in 2015 expected to part with $1,000 in exchange for cybercriminal services, the same offering may be as low as $20 today.

Integration of Cryptocurrency in Darknet Markets

Cryptocurrency has been credited with fueling the dark web economy as a critical enabler of transactions between buyers and sellers.

First, Bitcoin was the pioneer of crypto-enabled transactions in the darknet ecosystem. The digital coin quickly developed into a “money launderers’ darling” even as the virtual coin exerted a massive impact on darknet platforms over the years.

Today, Bitcoin is still the most used cryptocurrency by dark web users with a number of altcoins following up closely.

Monero, Litecoin and Zcash have also found their way into darknet integration over the last five years – with experts attributing Bitcoin’s leading advantage to the fact that most users have stuck to the pioneer cryptocurrency over their longstanding familiarity with the virtual asset.

Otherwise, the Monero cryptocurrency presents a number of advantages over Bitcoin, including advanced privacy features and cost effectiveness.

Zcash, another popular alternative to Bitcoin that was created in 2016, has also experienced an increase in usage across dark web markets. The cryptocurrency was identified to be among the virtual coins used by two major darknet markets – AlphaBay and Hansa Market – which were dismantled by authorities.

The Rise of New Markets

Global law enforcement agencies have executed successful anti-darknet operations to dismantle underground markets that have been implicated in a host of criminal cases.

In 2017, authorities achieved a milestone after a major operation that led to seizure of the massive AlphaBay market – a darknet platform, which attracted an excess of 200,000 users and 40,000 vendors, was known for its Silk Road-like attributes in enabling the sale of illicit drugs for cryptocurrencies.

Events following the AlphaBay shutdown exposed the regenerative nature of the darknet ecosystem. Then, it was revealed that a large number of AlphaBay users moved to Hansa Market that would later be taken over by undercover law enforcement agents. The year that followed shutdown of the two platforms were marked by a high number of random dark web market vendor and buyer arrests.

Nonetheless, despite the shutdown of a significant number of dark web markets and online communities, the darknet ecosystem has registered a rise of new markets to fill emergent gaps.

Today, the largest darknet marketplace is Empire Market according to information drawn from underground discussion forums and social media sites. The market launched in the year 2018, and has grown to become a one-stop shop for all things dark web wares.

White House Market has set a precedent on coin privacy by integrating the Monero cryptocurrency. The site boasts a long list of more than 500 products that span across software, fraud and forgeries.

Being one of the newest markets this year, Icarus Market is unique in its own right. For users to find market lists, registration is required before access is granted to the more than 1,300 products that are posted on the site. The platform is famous for high quality products, including controlled substances, digital items, services and erotica.

On the other hand, Genesis Market has only favored Bitcoin integration for users seeking to access the more than 1,000 product listings on the platform.

Like mentioned already, global law enforcement agencies have been very active in dismantling dark web marketplaces. The AlphaBay-Hansa event which happened in mid 2017 is a common scenario where users simply move to new markets when shutdowns take place within their circles.

The overall effect of this reality has led to an overall state of paranoia across the dark web. Apart from law enforcement concerns, forum users continue to be fearful of the high possibility that site admins are planning to rip them off through exit scams.

Within the last five years, a number of exit scams have been reported across the dark web ecosystem. Certainly, the largest exit scam yet was that of the darknet market Evolution, which saw users losing $12 million that was held in escrow.

The Wall Street Market exit scam of 2019 was marked by the theft of $14 million in virtual currency, just before law enforcement agents descended on the platform.

The other challenge faced by dark web sites is the occurrence of distributed denial-of-service (DDoS) attacks that exploit the Tor vulnerability.

In March 2019, Dream Market announced that it was closing down following its sustenance of a series of DDoS attacks launched for months. The platform’s operators claimed that a threat actor was trying to extort $400,000 in crypto from the site in exchange for a stoppage to the DDoS attacks.

The month that followed the announcement was marked by reports of DDoS attacks targeting other sites, including Empire Market and Nightmare Market and other top markets.

In recent times, the top darknet site Empire Market has been constantly defending itself against these attacks, an aspect that has cultivated user frustration and undermined their trust in the market’s sustainability.

In fact, an August 20, 2020 Tweet by an anonymous writer researching Tor issues has revealed that Empire Market currently under a large DDoS attack.

Looking to the Future

According to the report, the following scenarios are expected to be witnessed within the next three years: